Learning Goals:
Develop an understanding of clichés, jargon, and redundant language.
Learn how to identify and eliminate in own writing. 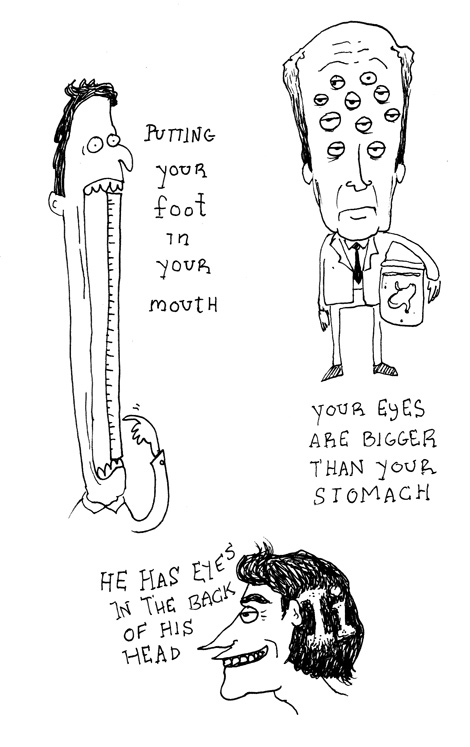 Definitions:
Clichés: overused expressions, often similes or metaphors, that have lost their original impact.
Jargon: writing that attempts to sound important or authoritative by using unnecessary or elaborative words and phrases.
Redundant Language: words or phrases that are unnecessary or repeat what has already been said.

Activity 1: Clichés
Identify the cliché in each of the following sentences: Explain for each, what the author is really saying.
a. If you can get past the first level, then you'll liekly win the whole nine yards.
b. Inconsiderate drivers really push my buttons.
c. Elly threw us a curve when she announced she was leaving.

Activity 2: Applying Clichés to Our Lives
The following link is an article that describe the top news media clichés:
Banned for Life: http://www.tommangan.net/banned/
Choose something you are familiar with and write a list of the top "clichés" you'd like to ban from it.
Examples: Top Five Youtube Clichés; or Pop Music Clichés
Be prepared to share your list with the class.

Activity 4: Redundant Language
Identify the redundant words or phrases in the following sentences.
a. I entered into the building alone by myself.
b. Looking ahead into the future, it seems as if once more we will slip into recession again.
c. I think that in my opinion, you can never have enough chocolates.